Kikaijima is a subtropical island of uplifted coral reefs located in the southwestern part (Ryukyu archipelago) of Japan. Along with several other islands nearby, it comprises Amami Islands– a group of islands that belongs to Kagoshima Prefecture. Compared to the other islands across the globe, Kikaijima is unique in several aspects. First, it is situated on the border of the Pacific Ocean and the East China Sea and is therefore greatly influenced by monsoons, typhoons, and other meteorological phenomena on a regular basis. Second, it is made up of fossils of ancient coral reefs that date back as far as 100,000 years ago. It now boasts extremely rare coral reef terraces created by changes in the sea level and upward crustal movements. These aspects make the island an optimal place for researches on the marine environment and climate change on a global scale. The uplifted coral reefs of Kikaijima are the sources of the detailed records of the global climate change. Indeed, much international research on coral reefs has took place on this island.

Mecca for the study of coral reefs

Kikaijima is well-known as one of the three meccas for the researches of uplifted coral reefs (along with Papua New Guinea in the South Pacific and Barbados in the Atlantic). It has indeed been studied for over 50 years by researchers and institutions inside and outside Japan. Since its establishment in 2014, KIKAI Institute serves as the principal research institution on the island, vigorously researching with researchers and students from all over the world.

The principal means of transportation to Kikaijima are by plane or by boat:

I KIKAI Institute for Coral Reef Sciences (The Headquarter) 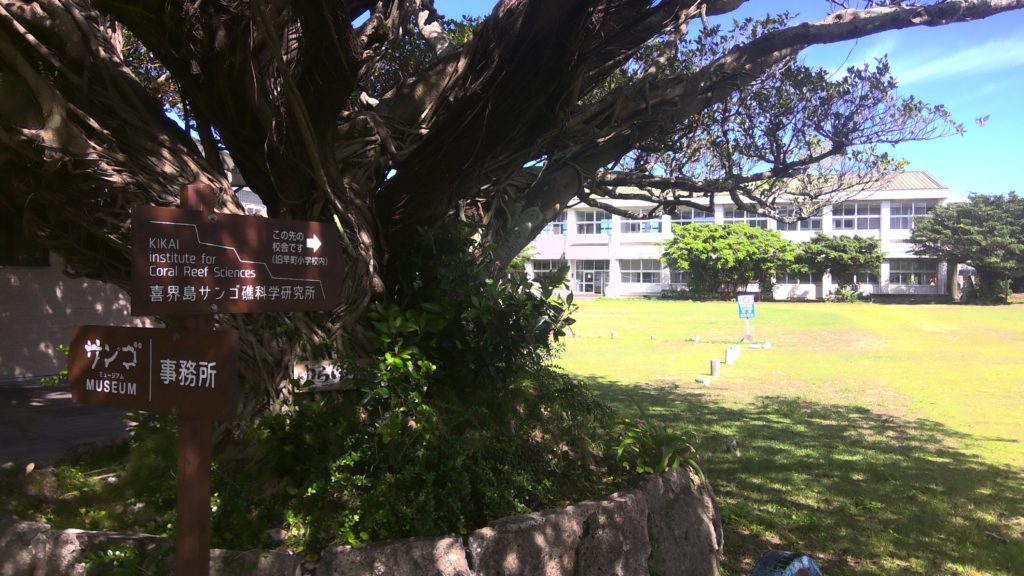 We are located right in front of Somachi Fishing Port, a beautiful port colored with turquoise blue. You occasionally get paid a visit by sea turtles, hammerheads, and other exciting marine animals. We are using an old elementary school building for our research facility, so you will get to conduct cutting-edge researches in an retrospective, old-school architecture!

This is the room for lecture of KIKAI college. We also cultivate and observe live corals in the lecture room. It is also open for the public to it has fish tanks of various capacities to cultivate corals and other marine life. It is also equipped with a biological microscope, stereoscopic microscope, and an inverted microscope to cater to the needs to observe organisms in various occasions.

The room for cutting carbonate rocks such as coral skeletons. Our coral core cutter is one of the oldest and rarest piece of this kind. We have three other pieces of cutting machinery to use in accordance with the cutting precision we need to attain. All these pieces of equipment combined enable us to cut coral skeletons into slices as thin as 0.05 millimeters. 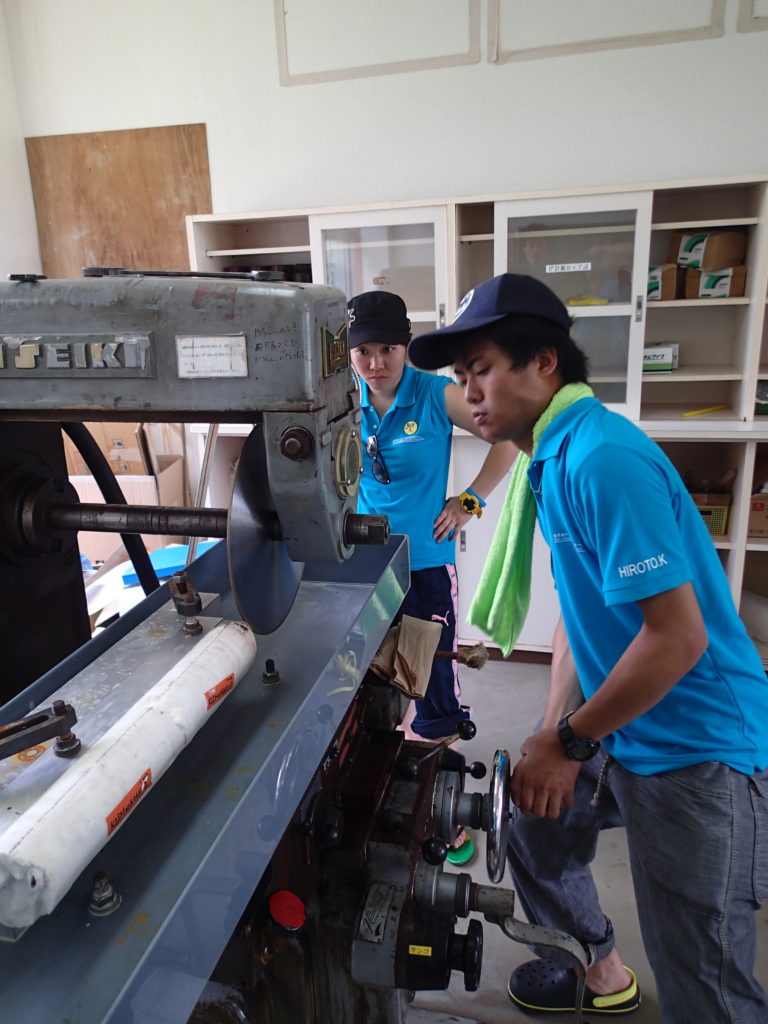 This is where we physically process coral skeletons and fossils to make them easier for chemical analyses. We have a pot mill to grind skeletons into powder and a drill to shape them. The room also stores coral cores extracted from the seas surrounding the island and skeletal coral specimens tagged with each species on our recently published coral guidebook.

This is where we chemically analyze sea water and coral skeletons. The desktop SEM allows us to observe the skeletal structures of corals in magnification of 10,000 . The other pieces of equipment include: the alkaline analyzer; the ultra-hydro-purifier; the water isotope analyzer; and capillary electrophoresis device. It is a perfect room for examining the water quality. The room is equipped with draft chamber .

We have three spacious tanks to keep corals, shells, and other marine creatures. What makes them special is that the sea water is kept running through them directly from the adjacent port. Thus, the water inside the tanks are always filled with fresh sea water. 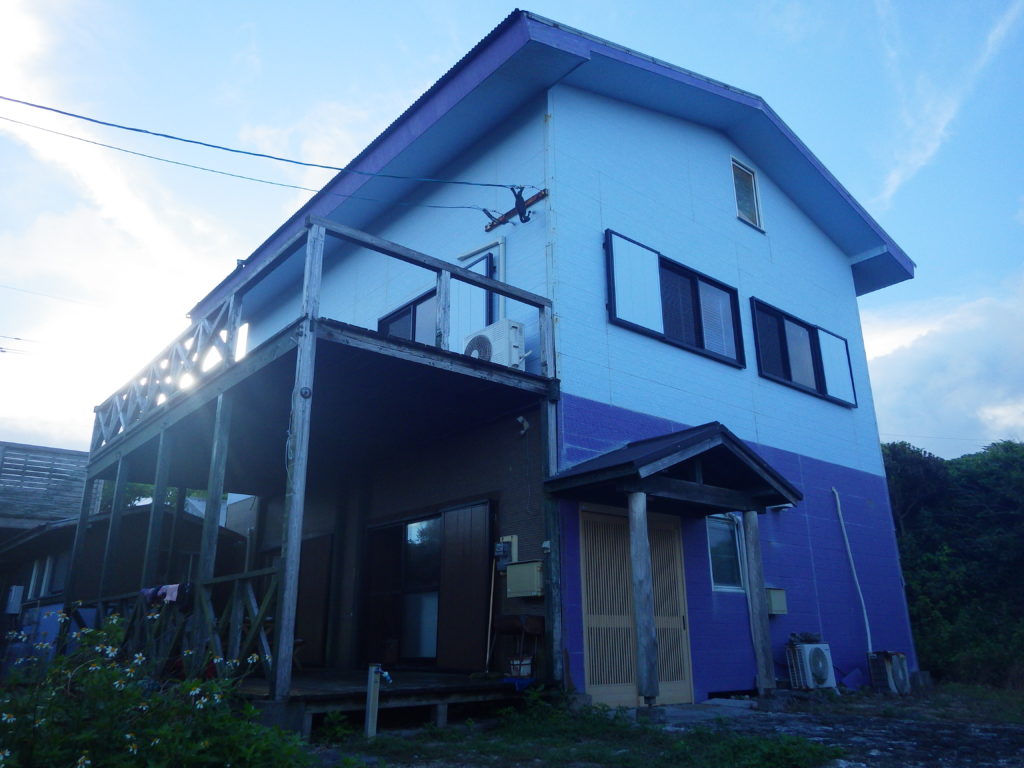 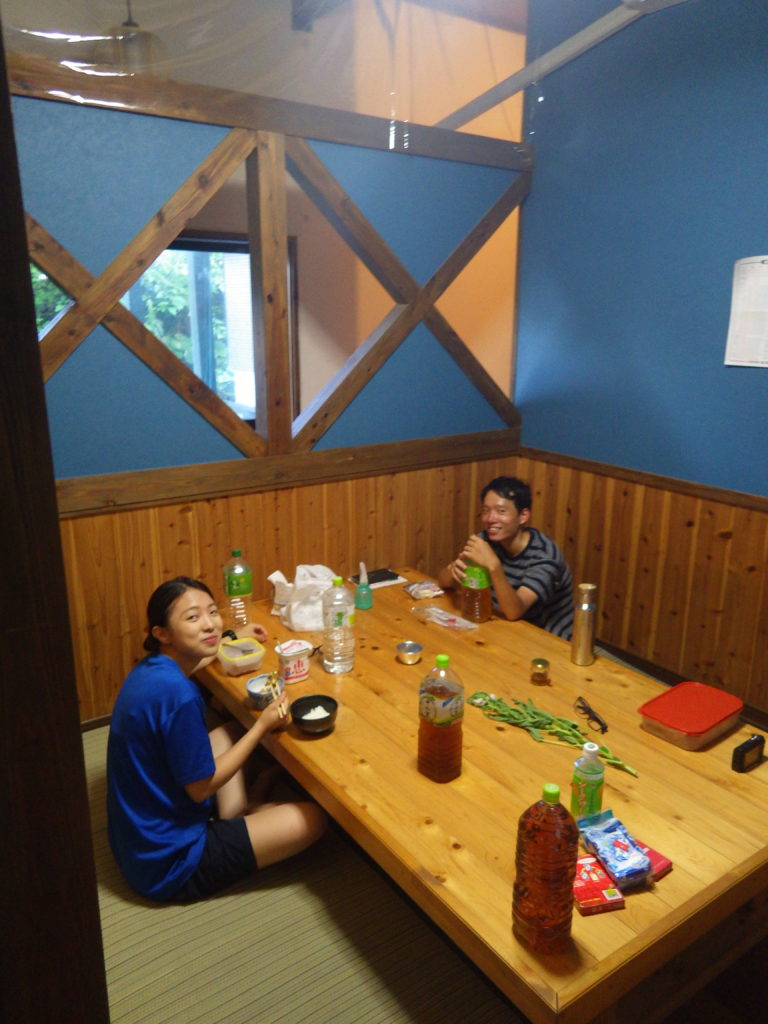 For internship students, we offer you a nice accommodation for free! A spacious two-story dormitory with a beautiful ocean view. Accommodates up to 12 people. A bonus feature: The construction of outdoor bath is underway. By the time you visit this island, it might be ready for you to enjoy with a beautiful sunset.